Will China Provide What India Wants in an Agchem JV Partner

On February 22, 2019, Pacific Agriscience organized a one-day workshop at the Shangri-La Rasa Sentosa Resort & Spa in Singapore. Twelve Indian companies and 21 Chinese companies attended the first-year conference along with six non-Chinese and non-Indian “observers” interested in the proceedings.

AgriBusiness Global served as the event’s official media partner, with the brand’s Business Director, Rebecca Bartels on site for the workshop. 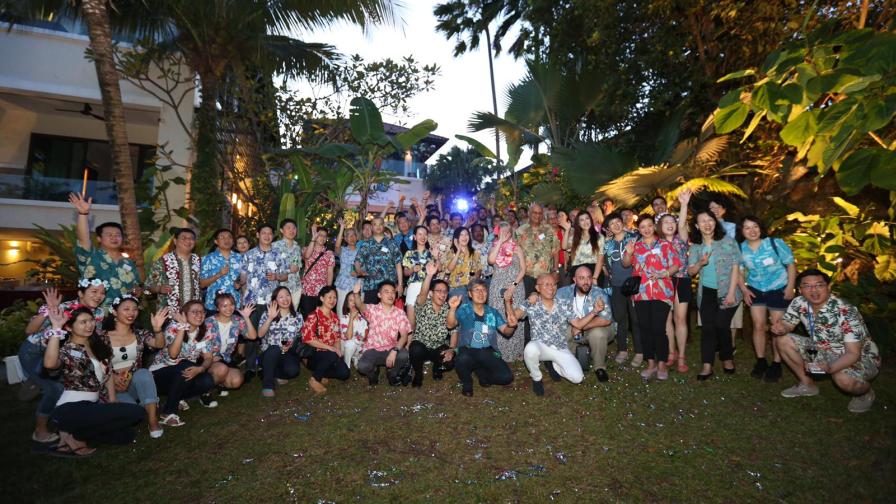 Delegates were invited to CS Liew’s residence for the 20th anniversary of Pacific Agriscience.

The goal of the event, as described by Pacific Agriscience Managing Director, CS Liew, was to introduce companies with aligning business interests between the China and India, begin the dialogue, and clarify the opportunity that exists for mutual growth between the two major agchem manufacturing nations.

Liew emphasized that he did not expect investments or agreements to be made on site between the attending parties. Instead, he views this as a starting point on a journey that has the potential to overhaul the agrichemical industry for the better.

Here are four key takeaways from the proceedings:

1) Indian companies would benefit from Chinese raw materials, but the Chinese did not lead with a strong raw material offering.
Event organizers allowed for attendees from both China and India to anonymously submit the inputs they’d be interested in going into a JV partnership to produce.

The submitted answers were compiled into “wish lists” that were distributed at the event stripped of submitter information in order to create a safer space to evaluate market opportunity objectively.

When putting pen to paper though, the Indian companies, as expected, listed the below raw materials as motivators for JV partnerships with the Chinese:

It was surely the hope of Indian manufacturers that the Chinese would come with raw materials on the table, especially given the country’s wealth of supply in that area. Of the above raw material wish list from the Indians, though the Chinese only submitted one product that was a match: 2,4-D. Specifically, the Chinese list contained both 2,4-D-ethylhexl (96%) and dicamba 2,4-D.

As noted by CAC Group’s on-site presentation, 2,4-D production in China decreased by 40% year over year. Furthermore, CCPIA data reveals that 2,4-D prices in China increased sharply, a total of 42% year over year.

The Chinese list again echoed a single technical product with mutual interest: pyraclostrobin, specifically 97.5%. According to CCPIA data, pyraclostrobin has taken a hit on price in China, dropping 23% year over year sitting at $33,724.34 USD in July 2018.

India does have a strong base of technical manufacturers for partnership, as Wayne Tan of CAC noted in his on-site presentation, stating that the Indian ag industry has more than 20 in-country tech suppliers.

Ankit Patel, CEO of Meghmani Organics, noted specifically in his presentation that glyphosate lies among the areas that India presently has less of an edge than China. He also calls it out as an area of major opportunity for the manufacturing nation, saying “One can surely think of big production plants in India like those that China has for glyphosate, chlorothalonil, imidacloprid, and many more.”

4) This Indian-Chinese Agrochemical JV concept has a precedent, and it’s a successful one.
While a key element for a successful manufacturing partnership is aligning product producing capabilities, as Liew noted, this gathering is only the first step in an effort to raise overall awareness regarding the widespread benefits for Chinese companies investing in Indian manufacturers.

Mr. Niu Fachang, executive director of Indo-Baijin, spoke on site regarding the company’s positive experience in a JV partnership that led them to becoming the “most preferred CS2 producer and supplier in the world.” Shanghai Baijin Chemical Group Co. Ltd. brought on Indofil Industries Ltd. at a 51% holding in 2011. The first batch of CS2 was produced in April of 2014.

Fachang noted that Indofil had previously been their customer, and motivations for the merger included product shipping cost, safety, and selling price. “The Indofil-Baijin tie is not only our mutual destiny,” he said, “but it is also the inevitable direction for future growth, and a reciprocal win-win.”

Fachang reinforced how supportive the Indian government was during the JV project launch, noting that the then Chief Minister of Gujarat, Mr. Modi, received the Shanghai Baijin General manager’s team to personally extend his support. The JV was also entitled to a 5-year tax exemption and reduction.

For more information on the workshop, or agchem JV manufacturing in general, please send inquiries to CS Liew at cs@pacificagriscience.com.